The smile on the broken side of the DHL delivery truck made me smile too. Happy Friday everyone!!!! 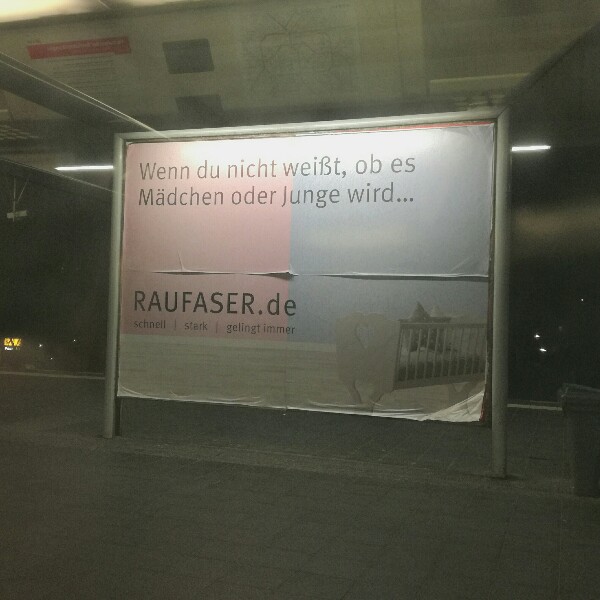 This ad for a wallpaper brand tries to make a point that it can be applied fast, that it is durable and that the application job will always be successful. But that whole message gets totally trashed because the ad poster applier dude was really lousy at his job. I think the wallpaper guys deserve their money back.

Someone on Instagram said that this house looks like a teenager with bracelets and a stubby beard. I agree. 😬

I loved how the paint on this lamp post looks like a tree bark. I wonder how old it is. The lamp is actually an old East German lamp. So it must be at least from before 1989.

It’s those little things that make me happy, like seeing three orange objects at a bus stop. Yap. No more.  No less. 😁😍

One cannot deny the fact that females on ads or covers sell usually better than males or get more attention except of course for a few examples like male fitness mags or some male product ads.
You will have women on women’s magazines but hardly men. And you’ll have women on many men’s magazines too – hardly ever men.

So if you are a woman you are constantly faced with other women looking perfectly (photoshopped) pretty at you.

How is this influencing the way they feel about themselves?

Seriously, these bins are pretty sh*t at their job.

Doesn’t get any work done. (Photo by Stefan Klenke)

What a messy Punk!!!?! (Photo by Stefan Klenke)

He even turned up drunk!!! (Photo by Stefan Klenke)

This street photo posted by Werben und Verkaufen Magazin on Instagram made me laugh. I m a massive fan of the BSR (Berliner Cleaning Facilities) advertising style. Since a few years all bins and cleaning vehicles in the city are covered with funny slogans and phrases that really make you feel connected and sympathetic with the company – and even the rubbish bins – which seem to come alive because of that.
And this one is definitely the most inventive and stylish yet. Looks like it’s a clever PR gag for the Berlinale – the city’s prestigious annual movie festival.

On Saturday, 4 February 2017, I joined ca. 1500 people at the No Ban – No Wall protest march in Berlin. We gathered at the Brandenburg Gate listened to a few passionate speakers and chanted protest slogans. We then walked passed the Reichstag building towards the American Embassy where we gathered to again listen to speeches at shouted anti fascist slogans directed at the US officials behind their rocket-proof walls.

Separation Walls are evil!
For me it was very symbolic to protest against Trumps stupid idea to build a massive wall precisely at the point where the Berlin Wall once divided our city and nation. We humans must learn that separation walls are not a way to improve anything in the world. They will just cause more suffering and hate. We must work towards a world where we do not need walls any more. 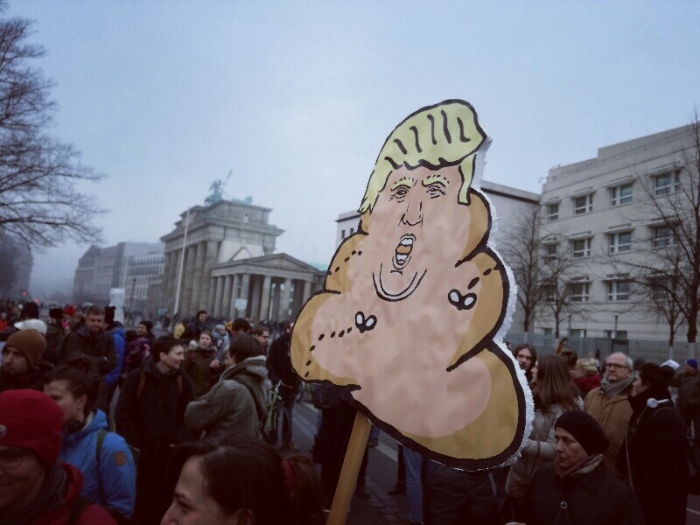 Looks like people threw snow balls at them. (Photo by Stefan Klenke) 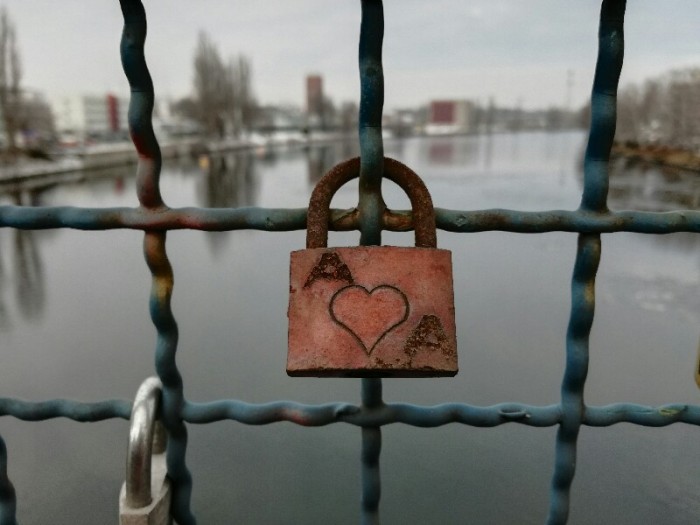 During the years of walking around Berlin with my camera I noticed hearts everywhere in lots of different forms. I have a huge street photo collection of them. It’s actually my biggest collection of my many themes. It makes me happy that the symbol for love is such a popular theme in this city.

These are just a few of the very recent examples.